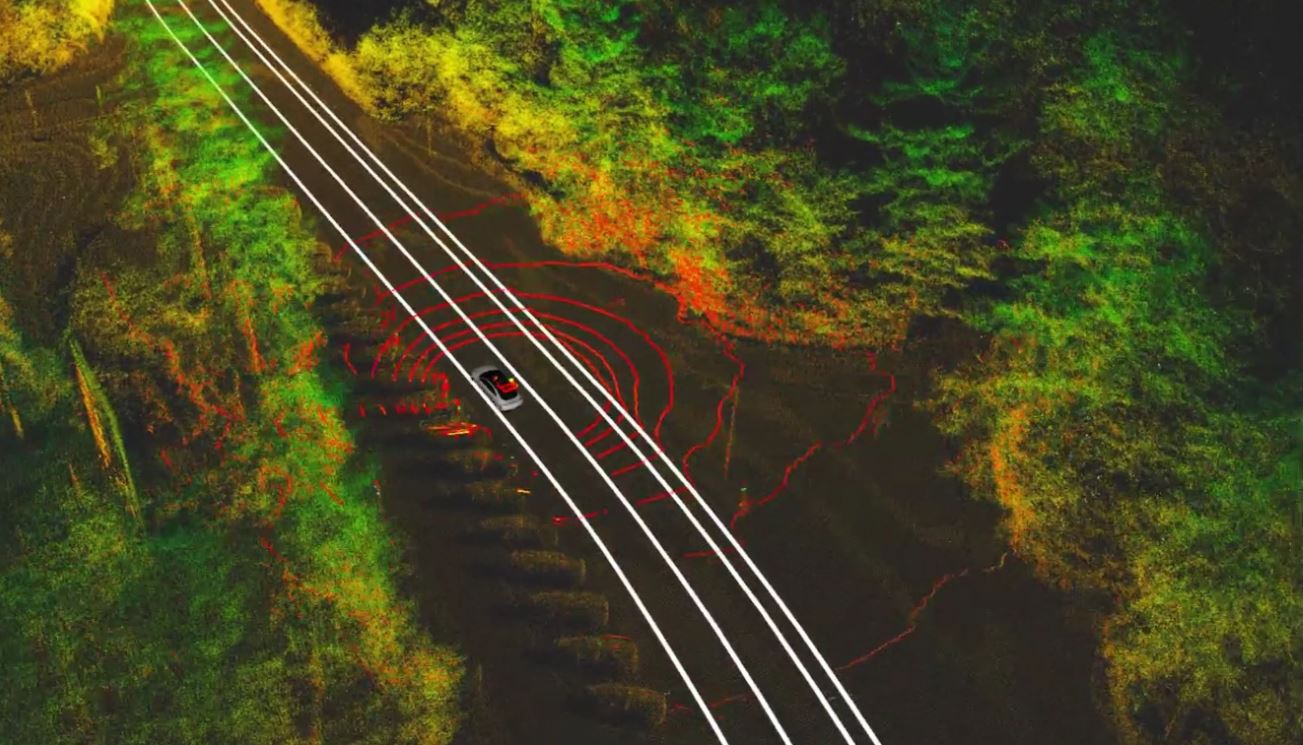 With 60 lane-miles of roadways, more than 120 miles of sidewalk and nearly 40 traffic signals, Michigan State University’s campus in East Lansing is not unlike many population centers across the country.

Except that MSU’s population includes hundreds of researchers driving the future of mobility with innovative, interdisciplinary work on how people will live and move in a connected world of automated vehicles and smart infrastructure.

The 5,200-acre MSU campus is transforming into a one-of-a-kind hub of mobility experimentation and innovation. With 8 square-miles of contiguous urban, suburban, industrial and rural zones, a highly-mobile student body and tens of thousands of visitors during football and basketball game days, the campus offers an unparalleled, self-contained ecosystem for research, development and real-world validation of emerging mobility technologies.

“This is a living, breathing test environment,” said Satish Udpa, MSU’s executive vice president for administrative services. “You’re talking about a city that’s 70,000 strong. This is a great opportunity.

“We are excited to showcase this holistic approach and invite partners to join us as we work to revolutionize the way people and goods move throughout the world.”

Faculty and students in MSU’s Connected and Autonomous Networked Vehicles for Active Safety, or CANVAS, program are at the cutting-edge of several technical aspects of self-driving cars including sensor fusion, which seamlessly merges multiple data streams to create a picture of the world that’s broader and more accurate than any single sense can provide.

Lidar detection technology captures a precise 3-D representation of MSU’s West Circle Drive during a data-gathering test drive with a driver behind the wheel.

Imagine you’re in a room with a crowd of people and the noise makes it difficult to hear. You’d probably lean on one of your other senses, such as your sight, to recognize that someone at the far end of the room is calling out to you. But what if you could sense what everybody else in the room is seeing and hearing, and what if even the walls of the room could give you information?

MSU is developing exactly that capability for automated vehicles by fusing traditional radars, laser radars – or lidars – visible and infrared camera views, computer software and artificial intelligence algorithms to integrate the vehicle with its environment. Together, the technologies give self-driving cars better situational awareness than humans could ever have, reducing the risk of vehicle error.

“Think of it as a superhuman level of perception,” said John Verboncoeur, associate dean for research in MSU’s College of Engineering.

Sensor fusion is just one of many ways MSU is leveraging expertise across a range of disciplines to make human mobility safer, smarter and more connected.

“You cannot have a smart city without smart infrastructure,” said Nizar Lajnef, associate professor of civil and environmental engineering at MSU.

Because much of the country’s road system is off the grid, powering sensors is a challenge. But the sensors developed at MSU convert the vibrations of passing vehicles into an electric charge that will keep them communicating for the entire life of the roadway.

“When your teenage kid gets in the car, they’re capped with a certain speed limit,” Verboncoeur said. “They can’t take it to the beach during school. Maybe they can only use it at certain times of the day.”

Combined with advanced algorithms, automated vehicles use lidar and high-frequency radar to make predictions for how objects in the travel environment will behave and then maneuver safely through the landscape.

“Humans make errors. Their attention is limited, their vision is limited,” Verboncoeur said. “A machine can continuously look 360 degrees around.”

Take all that brainpower and apply it to the MSU campus, and the entire landscape becomes a real-life lab for development, testing and validation of automated and connected vehicle technologies. For example, MSU is planning to use automated snow plows, dubbed snow-bots, to clear snow from sidewalks and pedestrian walkways, and robo-mowers will be tested on the university’s two golf courses. Plus, an automated transport shuttle will debut on campus in the spring.

Already, high-definition cameras are positioned above campus intersections to collect terabytes of data that can be used to optimize traffic flow and synchronize traffic signals. Sensors are being installed so automated vehicles can communicate both with the street infrastructure and with each other, making it possible for automated vehicles to share data with each other and with the roadway.

An entire section of campus, the Spartan Mobility Village, will soon be the home of MSU’s mobility labs where roadways and parking lots can be closed so researchers can put training wheels on emerging automated vehicle technologies and put them to the test in all-season conditions.

Lessons learned at MSU will be applicable to urban, suburban, industrial and rural settings across the country, regardless of weather and congestion. 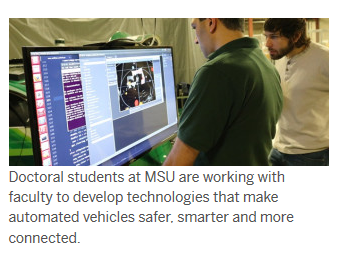 “Spartan Mobility Village is going to be a real-live test bed, so we can try out technologies before releasing them to the larger campus,” said Leo Kempel, dean of MSU’s College of Engineering.

Michigan was the birthplace of the automobile and now the state is transforming into the mobility capital of the world.  MSU’s holistic, interdisciplinary approach will help insure mobility will be a boon to Michigan’s economy in the future.

“If you look at who supplies more engineers to the state’s workforce, it’s Michigan State University,” Verboncoeur said. “Having the research and development here eventually turns into the talent, which goes out to the companies of Michigan and applies that new technology.

“We have a competitive advantage in some of these areas. We certainly have the lead.”

From beer delivery to Facebook Live: How local Michigan businesses are changing

‘Dog winery’ one of many pet-friendly destinations in Traverse City

Use of and/or registration on any portion of this site constitutes acceptance of our User Agreement (updated 1/1/2020) and Privacy Policy and Cookie Statement (updated 1/1/2020).
© Advance Local Media LLC. All rights reserved (About Us).
The material on this site may not be reproduced, distributed, transmitted, cached or otherwise used, except with the prior written permission of Advance Local.
Your California Privacy Rights.